Dealing with Supernumerary Teeth — Everything about Hyperdontia! 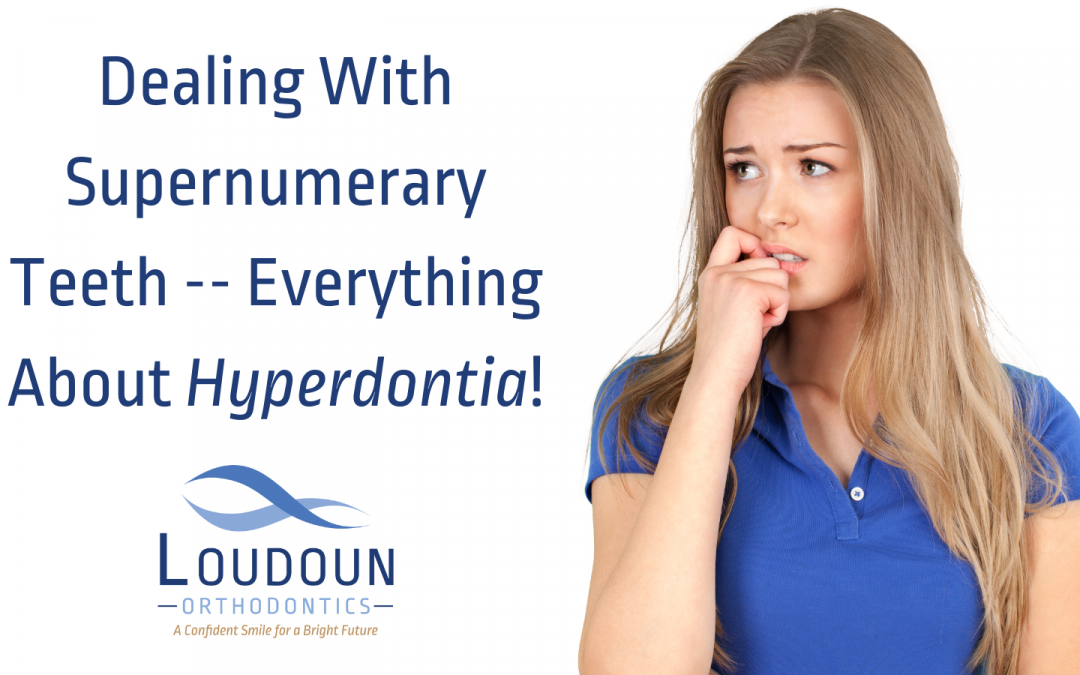 How many teeth do we need? The average adult gets 32, but for many, the four wisdom teeth are often removed. So we can do just fine with 28. However, by some quirk of genetics, some people get a larger allotment of teeth, well beyond the usual 32.

These people have a condition known as hyperdontia—the presence of additional teeth. These teeth can sit peacefully behind or adjacent to normal teeth. Unfortunately, they also can push normal teeth out of place, keeping them from developing properly, causing pain and infection, and otherwise creating an unhealthy mouth.

Here we’ll take a look at hyperdontia—what it is, its symptoms and diagnosis, and how it can be treated. But first, let’s see how hyperdontia affected a famous, highly talented musician.

Freddy Mercury, lead singer of the phenomenal 1970s rock band Queen, was well known for his extraordinary songwriting and four-octave vocal range. He also had a noticeable overbite caused by four extra teeth that overcrowded his mouth and moved his upper teeth forward.

While he was embarrassed by how his teeth made him look, he refused to fix them. He believed that this condition created more space in his mouth, which made his range remarkable.

While experts found no correlation between his talent and hyperdontia, Freddy Mercury held onto his belief and chose to live with his hyperdontia symptoms.

Hyperdontia is the condition of having extra teeth. In addition to the standard 32 in adults, there are one or more supernumerary teeth.

Most appear behind the upper front teeth but can also grow in line with or next to the molars. They vary in shape and may or may not look like regular teeth. Depending on how they grow, they may be visible above the gum (erupted) or remain below the gum (impacted). Some may look inverted.

Hyperdontia occurs in as many as 3.8 percent of all people, and it is more likely to occur in men.

Studies of hyperdontia have not yet found an exact cause. However, there seems to be a genetic factor, as higher rates of hyperdontia occur among family members. Further, there may be an environmental influence affecting genetics.

Hyperdontia appears to be connected to several inherited conditions, such as:

Cases of multiple extra teeth are rare among people without additional diseases and conditions such as those described above.

The primary characteristic of hyperdontia is, of course, the visible presence of extra teeth. Supernumerary teeth are more likely to be detected among adult, permanent teeth. In children who still have their primary (baby) teeth, the extras can blend in with the normal teeth more easily. They erupt and appear normal, and they seem to be aligned with other teeth. So it’s easy to overlook them.

In some cases, the teeth remain impacted below the gum. Therefore, they may not be detected unless they appear in an X-ray. Also, supernumerary teeth may prevent a normal tooth from erupting, triggering an examination to find the cause of the delay. For example, one study reported that supernumerary teeth delayed normal teeth eruption in 26 to 52 percent of the cases studied. In contrast, in 28 to 63 percent of cases, adjacent normal teeth were displaced or rotated.

The extras can make it difficult to clean teeth thoroughly. They are pressed together, and there is little or no space to clean all the plaque away. This can cause inflammation, infection, and interference with orthodontic treatments.

Hyperdontia treatment depends on each individual’s condition—tooth position relative to the normal teeth, the shape of the extra teeth, and what kind of problems they’re creating. Treatment can range from doing nothing at all to performing hyperdontia surgery.

If the extra teeth are not causing any problems, they can remain where they are. But, if the individual doesn’t like having them, they might want them out. Hyperdontia extraction can take care of that.

This decision may be more complicated when it involves children. Experts are not in full agreement about when hyperdontia extraction should take place. Instead of proceeding immediately, some believe that they should wait until the child is at least eight years old when the roots of the regular teeth have been formed.

Removal can be a simple extraction, but a more complicated hyperdontia surgery may be necessary if the supernumerary teeth are impacted. Also, if these teeth are too close to normal teeth, it may be difficult to remove them without damaging the normal teeth and surrounding tissues. Therefore, a great deal of thought, planning, and care must be brought into the decision-making process.

Studies have shown that, within a year and a half, incisors previously impacted by supernumerary teeth erupt at a rate of 90 percent after hyperdontia removal. However, there is room for improvement.

While the exact cause of hyperdontia is still unknown, doctors can successfully treat it once the individual’s condition has been thoroughly examined. In addition, because supernumerary teeth are likely to appear in conjunction with other inherited conditions, there is much for the individual to consider to address their overall health.

This condition can be fixed for most people with hyperdontia extraction or surgery and alignment of the remaining normal teeth. They may not sing like Freddy Mercury, but they can smile and enjoy life with a healthy mouth.

Are you ready to discuss more on hyperdontia with an orthodontist? Do not hesitate to schedule a complimentary consultation at Loudoun Orthodontics! In the meantime, make sure to check out our blog for more information on orthodontic treatments.